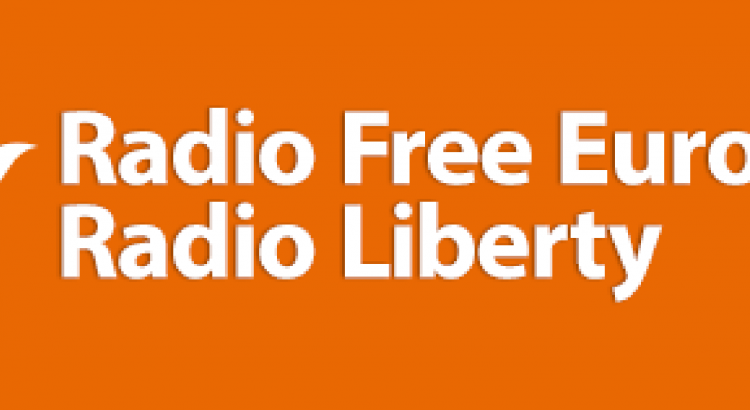 Elena Rykovtseva: Nice is a cursed city for the Russian businessman and tycoon Suleiman Kerimov. You will remember the terrible and much talked-about car accident, in which he nearly died, together with TV presenter Tina Kandelaki. He survived, and had to undergo heavy and lengthy medical treatment first in Marseille, then in Brussels. He eventually recovered and was able to return to his post in the Russian Duma. In 2008 he moved over to the Federal Council, but I shall rather let his colleagues speak about it. And then this arrest: it happened in Nice, again, and this is our topic today. We will also speak about the extent to which this arrest and the other events linked to Kerimov are connected to the leadership of the Russian Federation. We have with us Sergei Ezhov, journalist at the investigations department of the weekly Sobesednik, we also have Ivan Starikov who joined us. Ivan knows what the Federal Council is like, for having spend a few years there himself. I am afraid the surprise effect fell through, because I told Ivan before going on air that he would meet Sergei Pugachev here.

Sergei Pugachev: I will tell you right away, to avoid any waste of time: I fully disagree. The real problem is: no one now remembers in Russia what an independent judiciary is, what justice is. This is Russia’s main problem. People are used to the sentence being issued right in the Kremlin by President Putin, after which judges only broadcast it in courts, as far as big cases go, whether political or not political, economic, or other, starting with IUKOS. I have been living in France since 1994. By the way, when the law prohibiting ownership of foreign assets came into force, I already had French citizenship. But according to the Russian law that was not an issue and I remained a senator. I had French citizenship, and of course I had property in France, which I declared – right in the very Federal Council, in fact – but nothing happened to me. Besides, I am know the French judicial system well enough,  because a case was opened in France against the leadership of DIA (Deposit Insurance Agency) for some major offenses : attempted murder, extortion in the amount of 350 million dollars, that is up to 20 years in jail. So I know very well how this system works. It is really very simple : there is an investigating judge, in charge of investigating a case, whatever it be. The details of the case are kept secret, because the confidentiality of judicial investigations in France is not what it is in Russia, where the investigator can go around giving interviews on the case. So you and I find out about the details only at the public hearing. The next step is a purely legal formality : the judge – literally he is called the « judge of freedom and detention » – can order pre-trial detention, for which he has up to three days. According to the Russian version, Suleiman was merely detained after which nothing happened. What follows is an exchange of arguments between the parties, and the judge takes a decision regarding a potential arrest. There is obviously no politics involved, no blow directed at Putin, at Russia, nothing of the kind. I am a thousand percent certain that it was not the President of France or even that Minister of Justice that took the decision, but the investigating judge of the small city of Nice, with its 200,000 inhabitants. I have made a small list of the most recent occurrences for the sake of example. France sued the President of Panama twice, in 1999 and 2010, sentence : 10 years in jail. Former Prime-minister of France Fillon is currently under investigation for having hired members of his family as advisors. Former President Sarkozy was under investigation as well, it is now over and the case has been referred to court. Gaidamak, a Russian businessman ; Berezovsky, a case on which the Russian Procurature kept reporting, a case in which they had reportedly made an arrangement with the French police and the Prosecutor’s office. Nothing such ! A very simple case, a house that Berezovsky bought, paying a part of the money into an offshore account. This is justice, pure and simple, something to dream of.

Elena Rykovtseva: Sergei, there are sanctions being voted, senators are declared personae non gratae, we know that Valentina Matvienko herself, the Federal Council’s speaker, is having problems. But back then, in the years when Kerimov was amassing his fortune, what advantage did it give him to be a senator, and earlier on a member of Parliament? He was actually a member of the Duma’s Defence Committee. Why was he so keen to keep his post in the legislative body?

Sergei Pugachev: First of all I would like to say that having a diplomatic passport is not tantamount to having diplomatic status. The former is just a nice little green booklet to be used inside Russia. I had my first diplomatic passport in 1994 and have had one ever since: I was a businessman, advisor to the Chief of the President’s administration and so forth, under Yeltsin and under Putin, I always had that passport. That passport means absolutely nothing, nobody pays any attention to it. Earlier it was used for visas, later an agreement was concluded allowing the holder of a diplomatic passport to enter the Schengen zone without a visa, but that is all. There is no diplomatic status, the holder is not an ambassador, he is not a president, he is nobody. This little booklet, be it green, red or yellow, means nothing in the Western countries. Of course, for businessmen of Kerimov’s level, belonging to the Top-50, to say the least, this internal status does not mean anything at all. You can be a senator, or not be a senator. Or rather, being a senator is usually something of a chore, imposed upon you, so that you would support to regions and all that. I have experienced it first hand. For me it was important, because my business was located in my region and I was practically contributing to getting money for my republic from the federal budget. There is absolutely no need to attend the Federal Council’s meetings for this. I have not attended one for years. This plays no role whatsoever, it is just a matter of internal prestige. Western businessmen laugh at it, it is irrelevant, they do not even understand what that is. You see, Russia’s history today is taking on a « great-power » character and this also requires those smaller things : exhibiting that green booklet of yours, being an ambassador or what not, the Foreign Office, speeches and so forth… But this is irrelevant here. Here we have a judge from a 200 thousand people village, who opened a criminal case. With God’s help Kerimov will get himself good lawyers, be released and that will be it. If you have ever been doing business, you have made mistakes. It happens. Unpaid taxes and all the rest of it, in any country in the world. Especially if you invest internationally. This also goes for the current American president – Trump. I am not talking about Putin, he never did business. You mentioned, by the way, that he was decorated in Russia – good for him. Arkady Gaidamak, who was put in jail in France, was a member of the French Order of Legion d’Honneur. So he can keep his Russian order of Merit as a souvenir – for himself and his children. This is of no interest to anyone here. The investigator is independent, he takes no orders from anyone, be it the investigating judge or the President himself, or the head of the Investigation Committee. This is not like Russia. The investigator is a perfectly independent procedural figure, taking decisions on his own. Now he is going to try and prove that he has sufficient grounds to detain Kerimov. The outcome will depend on whether he effectively has such grounds. The judge who will be taking the decision is also an investigation judge, with a clearly defined role : he is only in charge of deciding whether to arrest or to release. Supposing that he is arrested, there will be a trial and if he succeeds in proving his innocence in court, he will be released and will even receive a compensation for damages. It is an independent judiciary process, nothing more. There is no point in making things up. This is typical Russian-Soviet nebulous nonsense.

Elena Rykovtseva: Sergei, rest assured that everyone is convinced that these decisions are well-founded. But we are talking here about potential consequences, consequences that might occur at a later stage. You have already told us that you trust the French judicial system and the investigator, but would you be able to say something more? I realise that we will find out about the details when the actual hearing has taken place, but you understand what I mean. How do you see the whole picture? What are his connections to France, how can you describe his connection to Nice? What do the papers write about him? How is Kerimov perceived in France?

Sergei Pugachev: Anyone buying real estate in France, can face this. I went through it in the 90s, a criminal case for money laundering had been opened against me here in France, I fought it in court and won. Just so that you know, I bought my house for 700,000 dollars. The authorities were suspicious. They started looking into it, finding documentary evidence, different versions were put forward, even suggesting that I had bought the house for Yeltsin’s family and not for myself, even though my own children were living there. If you want to talk about consequences, everything is very simple: a very clear example is the deceased Boris Berezovsky’s case. He bought a house and was convinced by the seller to pay a part of the money to an offshore account. But actually, there is a law in France, saying that if a seller sells real estate and receives a part of the money in cash – if a part of the money goes to an offshore account bypassing the tax authorities and the Treasury – the seller can go to the police and tell them what happened, whereby he is exempt from criminal pursuits and the money remains his. The buyer, on the other hand, will be sued for criminal offense and will likely be sentenced to 10 to 15 years in jail. A criminal case was opened against Boris Berezovsky. To his very death he was unable to come to his castle in France. People carry on doing things the Russian way, but are punished for it the Western way. They come to Rome but do not do as the Romans do. If you come, abide by the law and everything will be alright. This is not a message sent to Putin, this is a message to everyone: please do not breach the law in France, in the European Union, in Germany, in the US. These are serious offenses. If the judge condemns him for money laundering, or whatever else, he could be in jail for the next twenty years and spend his life pacing the jail yard instead of doing business. His advisors will have suggested a rotten scheme to him. I am sure that he does not personally deal with such menial things as buying a house and structuring the payment.