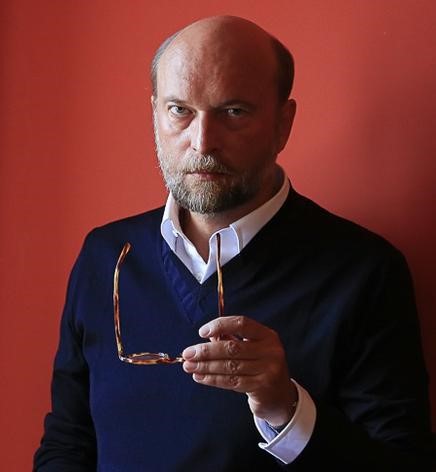 Serge Pugachev, French citizen ( he renounced his Russian citizenship in 2012) is an international investor, a public person and a politician, founder of the United Industrial Corporation — Russia’s largest private investment company, with assets worth 15 billion dollars. Mr Pugachev’s assets were expropriated by the Russian Federation during the period 2012-2014. In 2015 Mr Pugachev filed a claim against Russia before The Hague International Court, for an amount in excess of 12 billion dollars. The tribunal’s hearings are public and are presided by Eduardo Zuleta.

Read more.
Putin’s ‘junta’ and why Ukraine marks its downfall
Exiled Russian oligarch Sergei Pugachev, who became dubbed “the Kremlin’s banker”, was once part of Vladimir Putin’s inner circle, until

Read more.
The Power of Money: How Autocrats Use London to Strike Foes Worldwide
Olena Tyshchenko, a lawyer based in Britain, was facing years in a crowded Russian prison cell, when a chance at

Read more.
Putin’s People: How the KGB Took Back Russia and Then Took on the West
It was late in the evening in May 2015, and Sergei Pugachev was flicking through an old family photo album

Read more.
Sergei Pugachev, the oligarch who claims 12 billion from Putin.
INVESTIGATION – The Russian billionaire used to be the owner of shipyards, coal mines and of Hédiard. Fallen from grace,

Read more.
Former banker Pugachev complained to Putin of threats received from runaway Miroshnikov
It has become known to The Bell that the former owner of Mezhprombank, Sergei Pugachev, wrote a letter to Vladimir

Read more.
David Goldberg comments on Sergei Pugachev’s claim
The head of the legal team of White & Case, representing Russia in the process of Sergei Pugachev against the

Read more.
Suspected homemade car bomb found by Sergei Pugachev who has accused Kremlin of trying to kill him
Sergei Pugachev said he is the target of a “KGB-style” campaign of terror after the devices were found under his

Read more.
BBC: Putin: The New Tsar
How did a poor boy from a tiny flat in St Petersburg become one of the world’s most powerful leaders?

Read more.
Till Putin Do Us Part: Oligarch’s Ex-Wife Is Taking On Russia
The ex-wife of an exiled oligarch is at the center of his court battle with the Russian state, with each

Read more.
The Rise and Fall of an FSB-Run Money Laundering Empire
The Bell and investigative website The Project looked into an FSB backed financial empire, and why it all fell apart.

Read more.
Top officials invited to The Hague Tribunal to testify in $12 bln case “Sergei Pugachev VS Russia”
Audit Chamber head Aleksei Kudrin ( Deputy Prime Minister of Russia from May 2000 to March 2004 and from September

Read more.
The War between oligarch Pugachev and Putin is imported to nice
This may exacerbate the outflow of capital from Russia. “Today, Russia is threatening the entrepreneur with confiscation of all his

Read more.
Tory peers told to come clean about Russia links
Peers across parties are on Russian payroll The security minister has turned down a meeting with a Tory peer who

Read more.
«Putin committed very many crimes against me»
Interview to DW

Read more.
«Putin committed very many crimes against me»
Interview to DW

Read more.
How Putin’s Oligarchs Got Inside the Trump Team
“He was a black box,” recalls Sergei Pugachev, the financier behind the meeting, who was once known as the Kremlin’s

Read more.
Spy mystery: Traitors are not safe on British soil, says Russia
Russian state television, a mouthpiece of the Kremlin, has warned “traitors” not to settle in Britain because of the risk

Read more.
Pugachev for the Financial Times: Businessmen are ‘serfs’ in Putin’s Russia
Sergei Pugachev in his first interview since the state seized his multibillion-dollar ship building empire...

Read more.
Anna Stavitskaia: “The tribunal failed to provide Sergei Pugachev with a chance to set forth his arguments”
Sergei Pugachev’s lawyer comments on the decision of the Appellate Court dated 8 February 2018

Read more.
Hand over the dough or DIA…
How the Deposit Insurance Agency (DIA) wrings money out of Russian citizens, while its head Yuri Isaev puts a brave

Read more.
Further to DIA’s communiqué dated 31 January 2018
The Deposit Insurance Agency (DIA) and its legal counsels have no authority to represent the interests of Mezhprombank.

Read more.
Sergei Pugachev commented on the verdict to Alexei Ulyukayev
On the air of the TV channel “Rain”

Read more.
Sergei Pugachev in pursuit of Russian billions
The former close friend of President Vladimir Putin, residing in France, claims being victim of an orderly expropriation of assets.

Read more.
The Kremlin’s Western Lawyers
Russia is increasingly turning to armies of legal professionals to press its interests and bully its detractors in the West.

Read more.
The deadline for delivery of the frigate «Admiral Gorshkov» may be postponed again
The warship whose construction began in 2006, at the time of Sergei Pugachev, remains unfinished

Read more.
«Putin is not a man of religious faith»
Sergei Pugachev tells how he introduced Shevkunov to the President and whether the latter has a «confessor».

Read more.
“Vladimir Putin is a rather private man”
The interview of Sergei Pugachev on Radio Svoboda

Read more.
Deputy Minister of transportation of the Russian Federation Alan Lushnikov about the Kyzyl-Kuragino railroad
«When an investor becomes financially involved in an infrastructure project, it is paramount for him that risks should be properly

Read more.
Commentary on The Times about Alexandra Tolstoy
Sergei Pugachev gave a comment to the correspondent of The Times David Brown.

Read more.
Interview of Sergey Pugachev to the TV Rain
He is suing Russia for 12 billion dollars. Russia has issued an international arrest warrant against him. Kremlin’s banker, an

Read more.
“If 2 million people go and vote for him, he can just walk into the Kremlin and be inaugurated”
Sergei Pugachev on the chances of Navalny to get into the Kremlin

Read more.
“A state machine’s game in which everyone hates each other”
Sergei Pugachev on the “unique opportunity” Sechin, which he received beside to Putin.

Read more.
“Putin is a man that has never stood for election nor was ever elected”
Sergei Pugachev on how Putin became president.

Read more.
Sergey Pugachev about Putin, Sechin and Navalny
He is suing Russia for 12 billion dollars; Russia has issued an international arrest warrant against him.

Read more.
The Kremlin pays for loyalty
What cost to the state Trustees of Vladimir Putin

Read more.
Exclusive interview of Sergey Pugachev to the television channel “Rain”
He is suing Russia for 12 billion dollars. Russia has issued an international arrest warrant against him.

Read more.
Sergei Pugachev told about an attempt by Prosecutor General Chaika’s son to seize Putin’s residence
This is what he told TV channel Dozhd in an interview.

Read more.
Sergey Pugachev challenges recovery of $1.3 bln because of new evidence
Sergey Pugachev has filed an application with the Moscow Commercial Court seeking to overturn a ruling requiring him and other

Read more.
“Putin said, “All they need is a tsar”
Sergei Pugachev about his bygone friendship with the president and his claim for 6 billion dollars against the Russian Federation.

Read more.
Interview with Sergei Pugachev on TV Rain
The ex-head of Rostourism  was sentenced to 7 years in prison.

Read more.
Russia asked the Hague Tribunal to classify as secret the hearings on Sergei Pugachev’s claim
Currently, the Hague International Tribunal is considering a claim filed by Sergei Pugachev against  the Russian Federation on compensation of

Read more.
Chances for extradition of Pugachev to Russia are close to zero
Comments of an expert on the request of the Prosecutor General of the Russian Federation about the extradition of Sergei

Read more.
Arbitration panel formed for hearing $12 bln claim lodged by Sergei Pugachev
The Permanent Court of Arbitration (PCA) at The Hague has formed a panel of arbitrators for considering a claim filed

Read more.
The DIA is going out of business
Why the Central Bank decided to close the “collections chapter” of the story of the Deposit Insurance Agency

Read more.
“Hold on here. I wish you all the best, a good mood and good health”
(A quote from Dmitry Medvedev, the Russian prime minister, after telling pensioners in Crimea May 23 2016 there is no

Read more.
Russian money in England
It turned out that Russian oligarchs are not just buying mansions, but also academic societies

Read more.
Trust Quarterly Review: And what’s yours is mine too
Power, control and ownership: offshore structures under attack in recent commercial cases.

Read more.
Le Nouvel Observateur: Khodorkovsky, Pugachev… Putin owes billions to the oligarchs
In Moscow, Tsar Putin has the power to make and unmake fortunes at will...

Read more.
Sergei Pugachev on Putin’s control of the Russian media in the latest biographical read on Russia’s President
The author, quoting Sergei Pugachev from an interview conducted in 2014, wrote the following in regards to the 2001 seizure

Read more.
The reaction of the Russian Parliament following Sergei Pugachev’s international arbitration claim launch
The Russian newspaper ‘Novye Vedomosti’ reported that the prospect of the recovery of $12 billion...

Read more.
Pugachev could win the arbitration case against Russia due to deterioration of foreign relations
The article published by the Russian newspaper ‘Obschaya Gazeta’ refers to the recent comment...

Read more.
Moscow Chief Arbitrator: Pugachev’s arbitration claim could be awarded as early as within six months
The president of the Moscow Court of Arbitration, Alexey Kravtsov, stated...

Read more.
PRESS RELEASE: Pugachev Forced to Leave London Due to Severe Threats Against His Life
Sergei Pugachev, a French citizen, former Russian Senator and business magnate is confirming today that he was forced to leave

Read more.
TV Rain: Sergei Pugachev on his role in the election of President Putin
The former Senator Sergei Pugachev gave an interview to the independent Russian TV channel Dozhd (TV Rain), in which he

Read more.
Sergei Pugachev welcomes the decision of the London Court of Appeal
The Appeal court of London has rendered its decision in respect of three appeals…

Read more.
Pugachev for Bloomberg: The Russian authorities are misusing Interpol
The article published by the Bloomberg stated that "Sergei Pugachyov, a former banker...