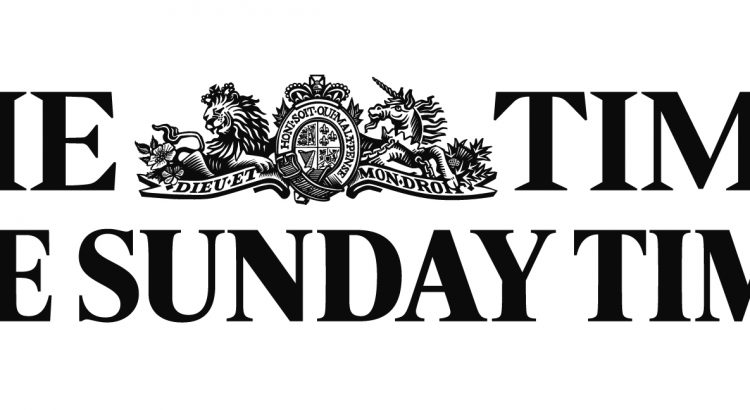 Russian state television, a mouthpiece of the Kremlin, has warned “traitors” not to settle in Britain because of the risk of being killed.

Kirill Kleymenov, a prominent presenter, predicted death and disease for those who betrayed Russia in a broadcast about the poisoning of a former spy and his daughter in Salisbury.

Theresa May is expected within days to name Moscow as the chief suspect in the attempted assassination of Sergei and Yulia Skripal using a nerve agent.

Detectives are understood to be considering the possibility that the pair were poisoned at Mr Skripal’s house in the Wiltshire city, where a police cordon has been extended to 150 metres and a fingertip search was being carried out.

A source said that a nerve agent would result in a slower reaction if ingested, as opposed to being sprayed on to a victim.

• Mrs May vowed to “do what is appropriate, we will do what is right” if the chemical weapons attack is proved to be state-sponsored.

• A policeman left in a serious condition in hospital after being one of the first to help the Russian pair on Sunday was named as Detective Sergeant Nick Bailey.

• It emerged that a total of 21 people, including the Skripals, were treated after being exposed to the as yet unidentified poison.

•Amber Rudd, the home secretary, visited the scene in Salisbury this morning and spoke to local police. Yesterday she signalled that tougher legislation to sanction dubious Russians could be introduced by the government.

•Gavin Williamson, the defence secretary, warned that the Kremlin posed an “ever greater threat” and said that Britain must be not be pushed around by another nation.

•A Russian documentary alleged that Mr Skripal was enticed into counterespionage by MI6 in Spain.

•Police sealed off a car recovery yard in Salisbury, having impounded a red BMW believed to belong to Mr Skripal. A manager at the yard, in Whittle Road, said he was unable to disclose whether the car had been recovered after an accident or had been towed for over-staying parking.

Britain is in talks with the United States and Nato about a co-ordinated response to Russia if President Putin’s regime is found to be behind the poisoning. This could include a review of participation by dignitaries of Nato states at the football World Cup this summer, sources said. We “must consider a range of options and with the World Cup approaching this invariably involves looking at this”, the source said.

It has already been confirmed that the Duke of Cambridge will not attend the tournament, which is due to kick off in stadiums across Russia on June 14.

The event is regarded by Mr Putin as a moment of national and international pride. Any international snub is likely to bring a response from the Kremlin.

Kleymenov, the presenter for Channel One’s Vremya news programme, delivered a stark message on Wednesday to anyone caught spying for the UK. “I sympathise with any suffering and certainly do not rejoice in it; what’s more, I don’t wish death on anyone,” he said.

“But purely for educational purposes, for those who dream about such a career, I’d like to issue a caution. The profession of traitor is a lot more dangerous than that of a drug courier. It’s very rare that those who choose it live out their days in peace and serenity. Alcoholism and drug addiction, stress, grave nervous disorders and depression are the inevitable professional illnesses of the traitor. And as a consequence, heart attacks, strokes, car accidents and suicide, after all.”

In language that seemed designed to sound like a threat, Kleymenov, 45, added that it was especially unwise to flee to London. “Whatever the reasons, whether you’re a professional traitor to the motherland or you just hate your country in your free time, I repeat, no matter, don’t go to England,” he said. “Something is not right there. Maybe the climate. But in recent years there have been too many strange incidents with a harsh outcome. People get hanged, poisoned, they die in helicopter crashes and fall out of windows in industrial quantities.”

It is thought that Mr Kleymenov was referring to the deaths of Russian oligarchs who had sought sanctuary in England and their British friends. Boris Berezovsky was found hanged at his home in March 2013 and Alexander Litvinenko, a former officer of the FSB secret service, was killed with polonium-210 in November 2006.

Stephen Curtis, a tax lawyer who was an associate of the exiled Russian billionaire Mikhail Khodorkovsky, died when his plane crashed in mysterious circumstances in 2004 and Scot Young, an associate of Mr Curtis, fell to his death from his London penthouse in 2014. Johnny Elichaoff, another associate of the two men, died after falling from the roof of Whiteleys shopping centre in west London in 2014.

Yury Filatov, the Russian ambassador to Ireland, said the Skripal case showed that Britain could not protect people harboured in its lands, but added there was no evidence of Russian involvement. He told the BBC: “My own conclusion would be that for some reason the British territories are very dangerous for certain types of people.”

The claim was taken in Whitehall as confirmation of a deliberate Kremlin strategy. Sources said that attribution of the nerve agent attack would be imminent and Russia was expected to be in the frame.

The Russian foreign ministry has harangued British politicians, accusing them of presuming Kremlin involvement without evidence.

Sir Andrew Wood, a former British ambassador to Russia, says in a letter to The Times today that “high-level political boycotts of the World Cup” should be among options under consideration.