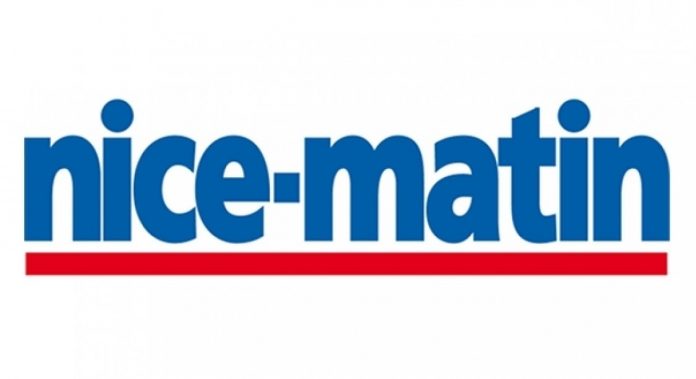 On Tuesday 29 January, the Civil Court of Nice, France, rejected as void the claim filed against the 56-year-old Russian billionaire Sergei Pugachev by the Deposit Insurance Agency (DIA), a State agency of the Russian Federation. DIA notably requested the seizure of the oligarch’s property on the French Riviera.

Sergei Pugachev, former owner of the French luxury grocery brand Hediard and of the daily newspaper France Soir, currently owns the Château de Gairaut in Nice, a chalet in Valberg, a yacht, as well as real estate in Saint-Jean-Cap-Ferrat.

The once almighty business tycoon, formerly known as ‘Yeltsin’s banker’, today complains that he has been put on President Putin’s black list.

Since the Mezhprombank bank, founded by Pugachev in 1990, went bankrupt in 2010, the Russian justice has been claiming from Sergei Pugachev the payment of 1.14 billion dollars. The Moscow Commercial Court hopes to have its decision executed in France.

It seems that proceedings have come to a halt as the Nice Court of the first instance rejected DIA’s claim. According to Sergei Pugachev’s lawyer Anne-Jessica Fauré, ‘DIA is a governmental agency. It has no authority to represent a bank under bankruptcy proceedings!’. She is adamant that ‘the Agency is not entitled to undertake legal action against my client in France’ and describes DIA as a ‘weapon’ in President Putin’s hands.

‘An illegal decision of the Russian court’

The Parisian lawyer insists that the case is clearly a political one. ‘Mr Pugachev is sued for the bankruptcy of Mezhprombank, whereas he withdrew from the Bank’s leadership in 2003. The person accusing him of being de facto involved in the bank’s management has not only been set free by the Russian court, but has also been given a job in a different bank. Strange coincidence, isn’t it?’

In a press release published on Tuesday night, the oligarch’s press service made a strong counter-statement: ‘All legal proceedings launched by the Russian authorities against Sergei Pugachev are nothing but attempts to prevent the examination of the case filed by Mr Pugachev’s against the Russian Federation before the International Court at The Hague.’

Pugachev’s press service also stressed that ‘the decision condemning Mr Pugachev to pay over one billion dollars was rendered by a single judge, instead of a panel of three judges, which constitutes a blatant violation of the law. The decision is, therefore, illegal in Russia and can have no legal consequences outside the territory of the Russian Federation.’

On 21 September 2015 Sergei Pugachev, who now lives in Nice, initiated legal proceedings against the Russian Federation for ‘expropriation of assets by the Russian authorities, that began in the early 2000’.

The law firm Betto Seraglini filed a claim for over 10 billion euros on behalf of the oligarch.

A legal battle has just come to an end in Nice, but the war between Pugachev and Putin is far from being over yet.

Former oligarch Sergei Pugachev won Tuesday a French ruling against Russian judicial proceedings that might save him from having to pay a 1.3 billion euro ($1.5 billion) fine.

Pugachev had petitioned a civil court in Nice, southern France, where he now lives, to block the execution of a fine for fraudulent bankruptcy that stemmed from the failure of his Mejprombank in 2010.

Once considered the Kremlin’s “banker,” Pugachev was ordered by Russian judicial authorities in 2015 to pay 1.3 billion euros and turn over assets, for fraud and embezzlement.

But the French court said in a ruling seen by AFP that a Russian lawsuit against Mejprombank had to be validated every six months after being examined by several judges, whereas up until July 15, 2016 decisions on prolongation were handed down by the Moscow trade court presided by a single judge.

The French court “recognises that the initial ruling, illegal in Russia, cannot be legal in France or anywhere else,” Pugachev told AFP.

Following the failure of Mejprombank in 2010, he fled first to Britain and then to France, which had granted him French nationality in 2009.

He lives in a chateau in hills overlooking the Mediterranean city, which along with a yacht, a ski chalet and a second residence in the nearby coastal town of Saint-Jean-Cap-Ferrat, had been seized preventively in 2016 to serve as collateral in case of a ruling favourable to the Russian authorities.

On 29 of January 2019 the Tribunal de Grande Instance of Nice, France, granted Sergei Pugachev’s claim against the Russian Federation (represented in this case by a governmental agency).

All legal proceedings and actions launched by the Russian authorities against Sergei Pugachev before various jurisdictions are nothing but attempts to prevent the examination of the case filed by Mr Pugachev’s against the Russian Federation before the International Court at The Hague. Indeed, Russia’s actions are aimed at deflecting the attention as well as the intellectual and material resources of Mr Pugachev and his lawyers from the proceedings at The Hague.

On 10 December 2014 Mr Pugachev, faced with the expropriation of this assets by the Russian authorities that began in the early 2000, initiated proceedings against the Russian Federation before the Court at The Hague, based on the bilateral agreement on the protection and promotion of foreign investments concluded between France and the Russian Federation. The claim amounts to 12 billion dollars. Mr Pugachev’s interests are represented in France by the law firm Betto Seraglini.

Notwithstanding various attempts by Russia and its lawyers (White&Case, Hogan Lovells, London) to delay the examination of the case, as well as various claims filed against Mr Pugachev in different jurisdictions, the proceedings at The Hague are progressing in accordance with the established schedule.

This may exacerbate the outflow of capital from Russia.

“Today, Russia is threatening the entrepreneur with confiscation of all his property in France,” writes the newspaper Le Figaro, Vincent-Xavier Morvantalked to Sergey Pugachev in nice (translation – inopressa.ru).

“The name of the 55-year-old Sergei Pugachev sounded again on November 29, the Tribunal de Grande instance of nice,” writes Le Figaro, Recalling that the decision of the Moscow court on April 30, 2015, he was sentenced to pay the liquidator lost his license and bankrupt Bank Mezhprombank considerable amounts to 75.6 billion rubles, which is approximately 1 billion euros. It’s been two and a half years, Russia is seeking to implement this solution in France, the procedure of “exequatur” (execution of a judgment rendered in another state) .

“Counter the appeal of the defenders of Pugachev, filed in the court of nice, intended to avoid consideration of the merits, which could result in the confiscation of all his property in France. The first decision is expected on 29 January,” – says the journalist.

“Russia is trying to move to France its completely paradoxical decision, which was recognized as politically motivated. I believe in the French justice and that it is unable to believe in such unreasonable decision”, – says Sergey Pugachev who received French citizenship in 2009.

“Today, all his attention focused on another process launched in 2015 in the Hague court. Sergei Pugachev, who at the time of its luster dominated the industrial Empire, which consisted of shipyards and coal mines, where he worked for nearly 350 thousand people filed this arbitration court the claim to Russia in the amount of 12 billion euros, to which she allegedly was robbed,” – said in the article. “I hope that there will be obtained a decision before the end of 2019”, – calculates Pugachev, highlighting his French citizenship.

“The amount may seem huge, but if Russia does not pay, it runs the risk that all foreign investors it will go away, because they have no more guarantees to feel protected”, – said Sergey Pugachev.

In his opinion, there is no doubt that the alleged attempts to interfere in the country’s West should be seen hand of the current owner of the Kremlin. “When you talk about Skripal’s case or to intervene in the American or French policy, it is necessary to understand that dozens and dozens of people come to Putin with ideas about destabilization, “you can do it do it”, Putin still reasoning at the secondary level KGB officer responds like a true businessman, trying to see what is its benefit,” – says a former confidant of the Russian President.

“Putin is only interested in what concerns him personally. If we talk about Boris Nemtsov, the opposition leader, zastresenom next to the Kremlin, it is obvious that the Germans could not make a revolution and change the existing order of things, but he had the gall to explain how Putin is a miserable and dangerous, and it concerned him personally”, – said Pugachev between two SIPS of Sancerre white wine. The French President is also not in favor of Putin. “No leader of such a scale didn’t talk to him as it did him during their first meeting. Putin never will not forgive him. Even if the Makron will hug him and give him half of France, it will not change anything, he touched him”.