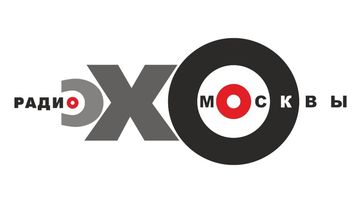 Economist Sergei Aleksashenko about the verdict to Dmitri Amunts

Three and a half weeks ago I’ve posted an article “Dense ignorance” where I’ve told about the striking incompetence of the prosecution and about a full of dreadful ignorance judge working a case of a head of a company accused of making a forged deposit in a bank for the amount of almost thirty billion rubles, although the case files put together by the investigator had all (!!!) the documents confirming the origin of that deposit including payment orders that went through the processing system of the Central Bank. Back then I haven’t mentioned the name of the accused, of the bank or of the judge. But I promised to do so after the ruling of the judge would be announced. And it was, a week ago: SEVEN YEARS IN PRISON and material claim for the amount of said deposit (28 and a half billion rubles). So, the country should hear the names of its heroes.

The one full of eminent ignorance (or the one that’s agreed to play the part) is quite a nice-looking young woman, judge of Tverskoy court of Moscow, Maria Sizintseva. Although she’s only been an acting judge for 3 years, she’s already keeping on the right side of her superiors and is ready to carry out any orders from above without much thought for her own reputation, the lives she is ruining or the fact that it’s because of the people like her that Russians are deprived of any hope for legal or moral justice.

– In October 2014, granting the prosecution’s claim to put under house arrest Alexander Potkin (Belov) who, according to the prosecution, has legalized a part of assets stolen by a Kazak entrepreneur Mukhtar Ablyazov.

– Extra mild penalty: in September 2015, she sentenced Dmitri Tsorionov (Enteo) to 10 days of arrest for trashing the exhibition “The Sculptures We Do Not See” in Moscow Manege Exhibition Hall. His associates were let out with even lesser arrest terms and with symbolic fines.

– In May 2016, prolongation of arrest with violation of limitation terms for Saint-Petersburg architect Sergei Akhmetov, regardless of the presence of the photographs of another person accused of this crime in the case files.

This time the victim of judge Sizintseva is Dmitri Amunts, former deputy chief of Russian Federal Agency for Tourism, who used to head the company “OPK-Development” which was part of the holding of the infamous Sergei Pugachev. I hope that he has enough courage to go through these challenges, and that his lawyers have enough persistence to get to the European Court of Human Rights, where the claim is bound for success, because the point of the charges are that if you take a deposit that belongs to you from a bank, you steal this money from the bank. Which is as absurd as the verdict to Alexei Navalny and Petr Ofitserov on the Kirovles case, and verdict to Oleg Navalny on the Yves Rocher case, where regular commerce was called criminal offense.

And the time will surely come when the judge Maria Sizintseva is acknowledged for her unreliability and gets the punishment she deserves. Although, unfortunately, on her way there she can still cause lots of damage…

P.S. Everything I’ve told about Dmitri Amunts case doesn’t in any way relate to my evaluation of the activities of directors and owners of Mezhprombank who have stolen lots of its assets, nor of the activities of the Central Bank’s directors who in the autumn of 2008 have made a decision of giving Mezhprombank an unsecured loan that they now want to charge Dmitri Amunts and his family with.