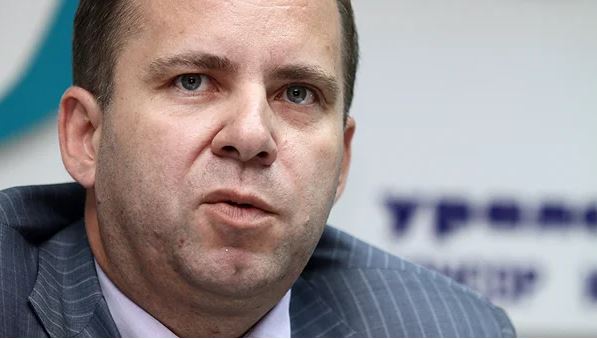 It has become known to The Bell that the former owner of Mezhprombank, Sergei Pugachev, wrote a letter to Vladimir Putin as early as in December 2014, to inform the President of blackmail attempts and threats received from ex-deputy head of the Deposit Insurance Agency Valery Miroshnikov, and from the latter’s subordinates. In the course of the past week Miroshnikov resigned from his post and left Russia, following the arrest of FSB colonel Kirill Cherkalin; Cherkalin was arrested in April with 12 billion rubles in cash in his possession.

Letter to Putin. Pugachev’s letter to Putin (made available to The Bell) is part of the materials of the case examined by the International Arbitrage Court at The Hague, in which Sergei Pugachev is the claimant. Indeed, in September 2015 Pugachev filed a 12 billion rubles claim before The Hague Court against the Russian Federation. The first hearing took place on 13 February 2017. The ex-banker accuses the Russian authorities, inter alia, of having forced him to enter unprofitable deals and expropriated his assets.

Quote: “I have authentic information on violations committed by him [Miroshnikov — editor’s note], Pugachev wrote. The most blatant abuse was the extortion of 350 million dollars from me, attempted by an organised group of DIA’s staff members and their accomplices, under threats of physical harm and criminal pursuits against myself and my children, which they proposed to initiate thanks to their corrupt contacts within the Investigation Committee.”

“350 million is not such a high price to pay for your life”. Who threatened Pugachev, and how.

Threats to Pugachev are described in a different claim (also available to The Bell), lodged with the Tribunal de Grande Instance of Paris. In that claim Pugachev set forth facts including  “kidnapping, death threats, extorsion and fraud”. The former banker named several people as responsible for these crimes, among whom Miroshnikov, along with former DIA employee Alexandr Dunaev and one Mikhail Bashmakov, who allegedly was connected with DIA too.

In 2012 Bashmakov and Dunaev faced indictment in a major legal case that involved the selling of historical houses in the centre of Moscow. The overall amount of misappropriation was estimated at 10 billion rubles. Bashmakov, then employed by DIA, and Dunaev, Director General of the management company Proekt, allegedly misappropriated over 120 buildings and pieces of real estate, 28 of which were of historical importance. Initially all the indicted individuals were arrested, while a search warrant was issued against some, including Dunaev. Two years later, however, in 2014, the court returned the case to the Procurature, and the indicted persons were released. As to Alexandr Dunaev, he was nevertheless arrested in 2014 in Israel, further to an international arrest warrant.

Yet another emissary from Miroshnikov: a conversation in Paris

Yet another man figures in the materials of the cases examined by the High Court of London and the Paris Court: a businessman named Gore Khechoyan, whom Pugachev calls an “emissary from Miroshnikov”. According to the former banker, it was the ex-deputy mayor of Moscow and a member of the Russian State Duma at the time, Vladimir Resin, who suggested in a telephone conversation that Pugachev should meet Khechoyan. It was Khechoyan who organised the memorable meeting on the yacht in France; in May 2011 he flew to France and promised Pugachev that he would organise a meeting with Miroshnikov. But on the arranged date it was Dunaev and Bashmakov, as well as Khechoyan himself, who showed up in place of Miroshnikov.

Pugachev and Khechoyan met again in January 2012, this time in the Paris hotel George V, a fifteen minutes’ walk away from the Arch of Triumph. Khechoyan, on behalf of DIA, took up the subject of the 350 million again. The transcript of that conversation is part of the materials of the case opened against Miroshnikov in France. Below is an excerpt for that transcript:

— GKh: Yes, he is an official. <…> The second one present is Sasha Dunaev. Dunaev is their shell company, so to speak, used to divert assets. <…> It’s a regular practice <…> they kind of screen the banks in advance, for what I can understand, and then they may pick one or the other for embezzlement.

— SP: Yes, I see, something of a business they’ve set up.

— GKh: So we have the protagonists: this is Marina [Zinovina, the then deputy head of DIA] and Valera [Miroshnikov], right?

SP: And these guys [Dunaev and Bashmakov] are they under Valera, or aren’t they?

Presently Khechoyan, who was recently declared bankrupt, is at the head of the Dynamo basketball club (traditionally linked with the FSB). Dynamo’s board of trustees includes Nikolai Patrushev (former  FSB head – translator’s note). But Pugachev believes that Miroshnikov’s connection with the FSB is not limited to the above. As early as in 2012, after the meeting that took place on the yacht, Pugachev’s representatives in Moscow were contacted by members of the “K” section of the FSB. According to Pugachev, Kirill Cherkalin and Dmitry Frolov were among those (both Cherkalin and Frolov were arrested in April in a case involving large-scale fraud and corruption). As soon as Cherkalin was arrested, Miroshnikov left Russia.

Quote: “At that time criminal proceedings were initiated against an unidentified group of persons for misappropriation of Mezhprombank’s funds, and I was made to understand clearly that the ‘unidentified’ persons could very quickly be identified and that I could become one of them”, said Pugachev.

“Pugachev’s testimony contains not a gramme of truth”. What Miroshnikov said in court.

Miroshnikov was called to testify before the London court (testimony available to The Bell). He notably said that “Pugachev’s testimony contains not a gramme of truth”. According to him, he did indeed meet Khechoyan to discuss “the potential acquisition and utilisation of the assets added to the bank’s bankruptcy estate under DIA’s management”. These meetings, however, bore no relation to Pugachev, Miroshnikov stated. He also said that he was acquainted with Bashmakov and Dunaev, but claimed that DIA had never sent Bashmakov on assignment abroad (where the meeting on the yacht took place); as to Dunaev, Miroshnikov said that he had not been in touch with him for “over two years”. Testifying in court in October 2014 Miroshnikov thus claimed to have known nothing about Bashmakov’s and Dunaev’s talks with Pugachev.

After 11 July, when Miroshnikov resigned and left the territory of Russia, he remained unreachable by phone. According to Kommersant magazine he is concerned by the criminal case opened against FSB colonel Kirill Cherkalin, who was arrested in April with 12 billion rubles in his possession and is accused of large-scale fraud.

Mezhprombank’s bankruptcy and accusations made against Pugachev

The “French” case against Miroshnikov and other DIA representatives is currently being examined by the juge d’instruction (equivalent to an investigator in the Russian judicial system), says Pugachev. According to him, in September 2019 the judicial commission shall decide whether the case is to be sent for trial before the court. If so, Miroshnikov might be qualified as suspect in that case, Pugachev says.