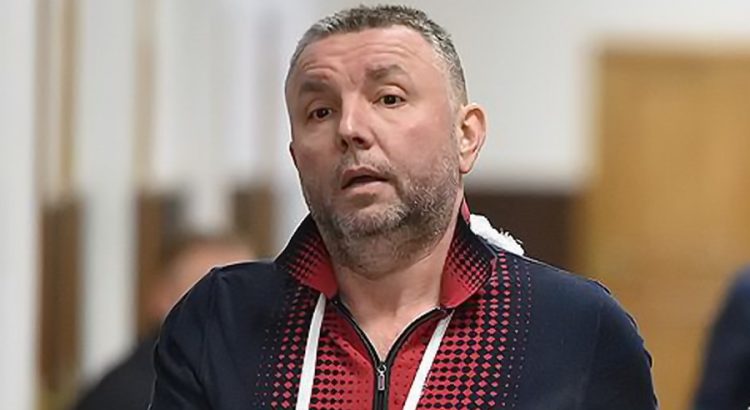 FSB colonel Cherkalin has testified against Miroshnikov, former deputy head of the DIA. The latter is charged with setting up a scheme for racketing banks.

According to one of the versions pursued by the Investigation Committee of the Russian Federation, part of the billions found at the colonel’s home were in fact the “share” belonging to DIA’s top manager Miroshnikov, who has left Russia.

Testimony of an officer

Kirill Cherkalin, the former head of the Second Section of the “K” Department of the FSB Economic Security Service, has told the investigators of the role played by the First Deputy Head of DIA, Valery Miroshnikov, in setting up schemes for criminal “protection” of banks (known in Russian as kryshevanie — translator’s note). This information has been shared with “Open Media” by a contact familiar with the above individuals, both of whom are currently under criminal investigation; it has also been confirmed by a source close to the investigation. Miroshnikov currently has the status of witness in this case, but Cherkalin insists that the Deputy Head of DIA was the one setting up all the criminal schemes. Furthermore, according to Cherkalin’s statement, a large part of the record amount of 12 billion rubles, found during home searches, did in reality belong to the state agency’s top manager and was merely “deposited” at the officer’s parents’ place. “A man who is being blamed for all has cropped up in this case”, stresses an acquaintance of the colonel’s.

The statement of Oleg Shigaev, former owner of Baltiysky Bank, also mentions Miroshnikov’s receiving large bribes. Shigaev’s statement is currently being checked by the Investigation Committee. Shigaev also alleges that Miroshnikov used to force the management of the targeted financial institution to agree to a restructuring procedure, threatening that failure to comply would result in the withdrawal of the bank’s licence and “unavoidable problems with law enforcement bodies”. Out of the funds allocated to the restructuring, one billion was to be paid to Miroshnikov and his “supervisors from the FSB, for organising and facilitating the deal”.

Miroshnikov was involved from the start in the setting up of the Russian deposit insurance system, having first worked for the Central Bank, then for the Agency for the Restructuring of Credit Institutions, which was subsequently replaced by the DIA. Miroshnikov has thus worked at DIA from the very beginning, being first appointed Deputy Head, then First Deputy Head in 2005, when he was put in charge of all the issues connected with the liquidation and reorganisation of credit institutions. The authors of the joint investigation conducted by the media “Proekt” and “The Bell” quote bankers, who wished to remain anonymous, saying that Cherkalin and Miroshnikov tried to obtain money from them for preventing the withdrawal of their banking licence and suspending criminal pursuits launched against those bankers for diversion of funds.

Three persons are currently facing charges in this case: Kirill Cherkalin, and two of his colleagues, namely Dmitry Frolov, his predecessor as head of the “banking” section, and one Andrei Vasiliev. They were arrested on 25 April 2019. Cherkalin is charged with having provided “overall protection” to commercial entities, against payments amounting to 850 000 US dollars. All three are also under suspicion of fraud. A “Kommersant” article mentions that Cherkalin allegedly received money for “protecting” Aleksandr Mazanov, co-owner of Transportnyi Bank, and was also part of a criminal group, that embezzled profits from the selling of luxury residential properties in Moscow.

Cherkalin is actively cooperating with the law enforcement bodies. “Rosbalt” writes that the colonel has repented and asked to sign a preliminary agreement. “Businessmen and bankers, who at some point had to face the Cherkalin-Frolov tandem and their accomplices, are currently coming to the FSB to declare amounts that were transferred to the latter in exchange for protection and other such services. However these statements can seldom be taken into account, for lack of substantial evidence. Now that Cherkalin has made his statement, some of these cases might perhaps be investigated further”, says a source within the Agency. Finally, Cherkalin has agreed to hand over to the State some 6 billion rubles, which, according to his lawyer, were derived from “sources not provided for by the law”. Cherkalin’s lawyer Vladimir Mikhailov refused to comment on the ongoing investigation.

The investigators grew interested in Miroshnikov’s correspondence with Cherkalin, but have so far been unable to interrogate him: being summoned by the authorities, Miroshnikov failed to appear. On 10 July the DIA announced that Miroshnikov had resigned from his post. According to a person acquainted with the Agency’s Deputy Head, interviewed by “Open Media”, Miroshnikov has not been seen at the workplace for at least two months before his resignation. He appears to have left the country immediately after Cherkalin and his two colleagues were arrested. The FSB colonel somehow seems to only use the past tense to speak about the former Deputy Head of the DIA: “Cherkalin testifies against Miroshnikov, speaking as if the latter was already dead”, stresses one of the colonel’s acquaintances.

According to one of the sources mentioned in the joint investigation by “Proekt” and “The Bell”, after Cherkalin was arrested, Miroshnikov first went on vacation to Australia with his family, then moved to Germany. The investigators believe that he might currently be in Israel, says a source close to the Investigation Committee. According to that source, Miroshnikov might have joined his former business partner and colleague Aleksandr Dunaev. Dunaev had been previously mentioned by Mezhprombank’s former owner Sergei Pugachev. The senator accused Miroshnikov of attempting to extort 350 million dollars from him, threatening him with physical reprisal and criminal pursuits. Incidentally, these threats were allegedly conveyed to Pugachev in June 2011 by Aleksandr Dunaev.

Dunaev is also mentioned as a “consultant working with the DIA” in the testimony of Oksana Reinhardt, executive director for emerging markets at the Japanese financial firm Nomura. Reinhardt gave an affidavit in 2012 in relation with the Pugachev case and  in view of potential international arbitration proceedings (which were effectively launched when Pugachev filed a claim with the Permanent Arbitration Court at The Hague). “Open Media” has a copy of the materials mentioned above, and their authenticity has been confirmed by a source familiar with the investigation.

Given that Nomura was a creditor of Mezhprombank’s, Reinhardt attempted to find out from Miroshnikov how her firm might recover its funds. According to her, during their first meeting with Miroshnikov, the Deputy Head claimed to “have experience in putting pressure on oligarchs who have left Russia”. During their second meeting Dunaev was also present, and stated that issues related to the debts of Pugachev’s entities would be solved by selling his Severnaya shipyard. Creditors would then be able to claim funds, but not Pugachev, Dunaev added. This is what effectively happened: the shipyard was auctioned during the summer of 2012 and sold for a price nearly eight times lower than what Pugachev had expected to obtain.

In 2012 Dunaev fell under criminal investigation in a case of embezzlement for over half a billion rubles, but he was able to flee the country. In 2014 he was arrested in Israel, but no extradition occurred, because an Interpol red warrant was been issued against him in 2017. Dunaev is still wanted by the Ministry of Interior, according to the Ministry’s database.