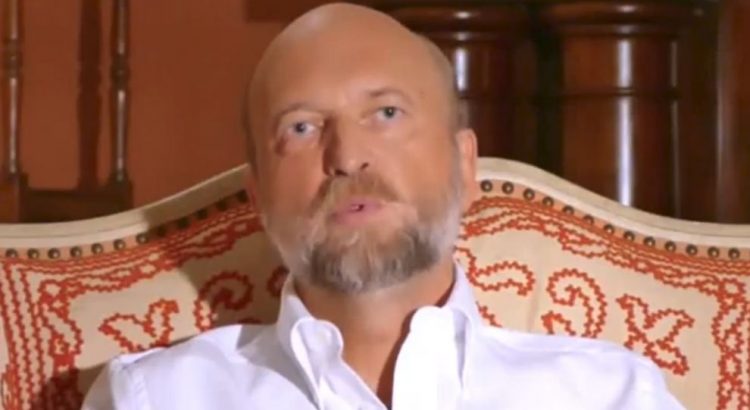 Sergei Pugachev tells how he introduced Shevkunov to the President and whether the latter has a «confessor».

Former senator Sergei Pugachev told Dozhd how he introduced Vladimir Putin and Father Tikhon Shevkunov (said to be the President’s confessor), what makes them akin to each other, and why he thinks that Putin is not a man of religious faith.

Sergei Pugachev: I know him well. I know him intimately. Father Tikhon has a passionate nature. At least Patriarch Alexy was wary of him, he used to say: «I am afraid of his risky ventures».

He is an impulsive person and a determined one. Moreover, one must take into account his youthful fascination with all sorts of monarchist associations, this story with the movie Mathilda – he has stated his position clearly, he believes that this film is harmful and so forth. You need to understand this: Father Tikhon is a standard soviet man, who had been an oktiabrenok, a Young pioneer, a member of the Komsomol, the Young Communist League… You cannot change this in a person.

He may be striving for the good of the Church, but unfortunately his efforts turn out awry, they turn out Soviet. He has this broad idea that whatever is done for the greater good of the Church, then it is alright. In a certain sense it is an indulgence. He built the New Martyrs Church. I was in touch with him then and he would say: «But I did not build it for myself. I will die but the church will stand.»

It was I who introduced Father Tikhon to Putin. It was a purely fortuitous meeting. Putin was not President back then. I was driving to a church service at the Sretensky monastery, we had been working together with Putin on a major project connected to foreign assets, we were talking, I initially wanted to drop him off somewhere, but in the end I offered him to come to the monastery with me. He had never been to a church before, and the service was in the sanctuary. It was wonderful that he got to see all of it. Later on I would bring Tikhon to see Putin at his dacha for religious feasts. Putin was very fond of listening to the Sretensky monastery’s choir.

Putin has no confessor, this must be clear. In my opinion at least, Putin does not have faith and he is uneducated in terms of religion. In order to understand something Putin needs to read up on it. And a couple of days will not be enough. He need to somehow immerse himself into it, he needs to understand, to feel, to believe. I remember that Putin’s idea of it was a sort of «Pan-Russian People’s Front», a «United Russia», a communion of people connected by a single purpose, which can be used.

– Are they much alike?

– Yes, indeed, very much alike. Some features are strikingly similar. Both absolutely dislike criticism, of any kind. What strikes me, is that both are perfectly open about it: they enjoy flattery, obsequiousness… There is a special likeness in this regard.

– When was the last time you were in touch?

– Quite recently. It was on the telephone, though.

– About what did you talk?

– It must have been a feast, we conveyed our best wishes.

– Do you discuss current political issues with him?

– And what about him?

– Well, I do not know, he has some kind of paranoia, he thinks his phone is bugged, that it is risky to speak with me. I said something, he said nothing in reply, then said he would call back because it was an awkward moment to speak, he had Medinski (the Minister of Culture) in his waiting room, whom he had already kept waiting for two hours.

Father Tikhon is promoting some fairly simple things. These are stereotypes that please everyone. That is not something that requires much reading, you just have to listen to a short speech on that topic, and you get the gist. He is a very professional man in that respect. He is a failed cinema director, or rather a very successful one, but who attained success not in the cinema industry but in Putin’s Russia. He is more of a success than Nikita Mikhalkov, who could never even dream of such fame. He understands what he is doing, and there is a demand for it. More than that: there is a demand on the part of the people and also on the part of the authorities, of Putin. This is a unique situation.