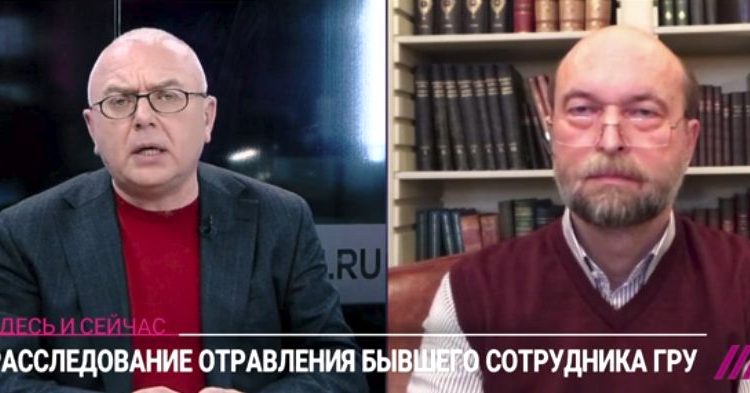 Ex-senator Sergei Pugachev told the television channel Dozhd of the assassination attempt directed against him in England.

The former Russian spy Sergei Skripal and his daughter Yulia were poisoned with a paralysing substance, according to The Guardian. The newspaper refers to sources close to the enquiry.

‘Words “spy” and “traitor” may be synonymous for some’, said Sergei Pugachev, commenting on an attempt to poison the former intelligence officer in England. According to him this is a matter pertaining to the internal affairs of the special services and any further investigation should be the responsibility of the special services of the country in which the incident took place.

Pugachev noted that he, too, had been under close surveillance by special services when in London, and that an assassination attempt had been directed at him and his family, including his children. He said that England may appear to be a very democratic country, but the fact that many Russians hold their assets in London and buy property there, points to the fact that the country is actually fairly corrupt. In the case of Mr Pugachev himself, the investigation was not conducted efficiently. He was merely offered close protection, which he already had. All of the case files were handed over to the French legal authorities, because Pugachev is a citizen of France.

You have lived in England. What kind of pursuits, surveillance, possibly attempted murder have you faced?

To begin with, I would like to say that I am not a member of any special services of any kind, I never was one, nor have I ever worked for them. So it is a slightly different story. In my view this is a “mirror” case, something that looks the same in different counties. Of course, when you enrol at the KGB, you realise what you are in for. And if you defect, well, “traitor” and “spy” for some people are somehow synonymous words. In my view, what is happening is the special services’ internal affair, and as such it should be sorted out by the special services of the country in which the incident occurred.

As to myself, I was indeed subjected to close surveillance by the special services. There was a murder attempt directed at me and also at my family, my children, in London. I just wanted to say that Great Britain, with approximately 300 thousand of the wealthiest Russians living there – they keep their assets there, they own property, real estate and so on – it may look very democratic and free, seen from Moscow, but it is, in actual fact, quite corrupt and very inefficient.

After the attempted murder I was in contact with the officers of the SO15, the anti-terrorist squad. They said right from the start that they had a very small budget. No money, they said, meaning that there was virtually no chance for a serious enquiry to be conducted. The most they could make was to provide me with personal escort, which I already had anyway. And so it went on and on for a very long time, and ended in nothing. They wrote me a letter, informing me that since I was a citizen of France, they were handing over all of the case files to the French legal authorities. A claim was filed and a criminal investigation is currently ongoing in France.

Many people have illusions about the High Court of London, about the British police and so on. I just wanted to remind them that reality is in fact very different.

So you really were feeling threatened. Can you say who was following you?

Yes, of course, it was a very real threat. Explosive devices, weighing between 1,5 and 3 kg, were found under all my cars. This is a serious criminal offence. Moreover the cars carrying those devices were located in the vicinity of the Parliament, of the High Court and so on. As a result I ended up withdrawing from the trials, I left Great Britain and returned to France.

Have you any certainty? Were those, possibly, some other enemies of yours, or were they Russian special services or people they may have hired? There may be different versions…

You know, there were many different versions. In fact the very ones you have just named: they could have been special services, or people they had hired. But until the French court issues a decision in this criminal case, I cannot decide in stead of the French judge how things really happened. All the more so, as the investigation secrecy in France, for instance, is real. Which means that I have literally no knowledge of anything, even though the investigation is actively progressing, people are being interrogated and so on.